FACT was founded in 2003 as a British bi-monthly music and youth culture magazine. The magazine became notable for commissioning covers by artists including M.I.A., Peter Saville, Trevor Jackson, Klaxons, Bat for Lashes, Kate Moross and Animal Collective, while its New Talent section was renowned for profiling future stars at an early date – Florence + The Machine, Adele and more were all interviewed early in their careers. As well as its cast of regular contributors, writing in FACT came from artists such as Andrew Weatherall, Kode9, Julian Cope and Richard X. In 2005, FACT went digital, and in 2009 it became exclusively an online magazine, after the website’s status overtook that of the print magazine. This was down in no short part to FACT’s mix series, where each week an artist contributed an exclusive mix to download from the website. Now, in 2016, FACT retains a status as one of the Internet’s most popular music publications with its own online video channel, FACT TV. 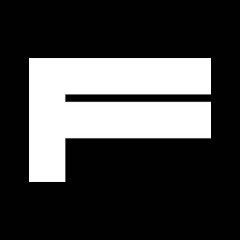